To check that the program can reliably detect the image object corresponding to identifier element IDHeader, try matching the FlexiLayout with each image in the batch:

If the image and its FlexiLayout have been matched successfully, the program draws a blue frame around the detected element and the hypothesis which the program formulates about the IDHeader element will be marked with 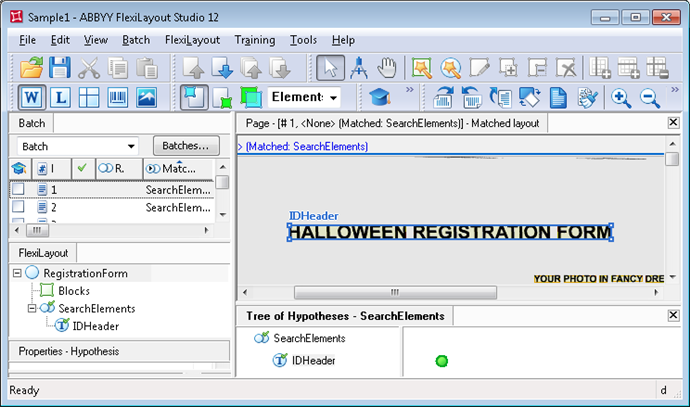 Once you have examined the FlexiLayout matching results for all the images, you will see that the program has failed to formulate a hypothesis for the IDHeader element on image 2 (it is marked with

). This is because the document heading is written in two lines on this image, whereas you described the IDHeader as single-line text.